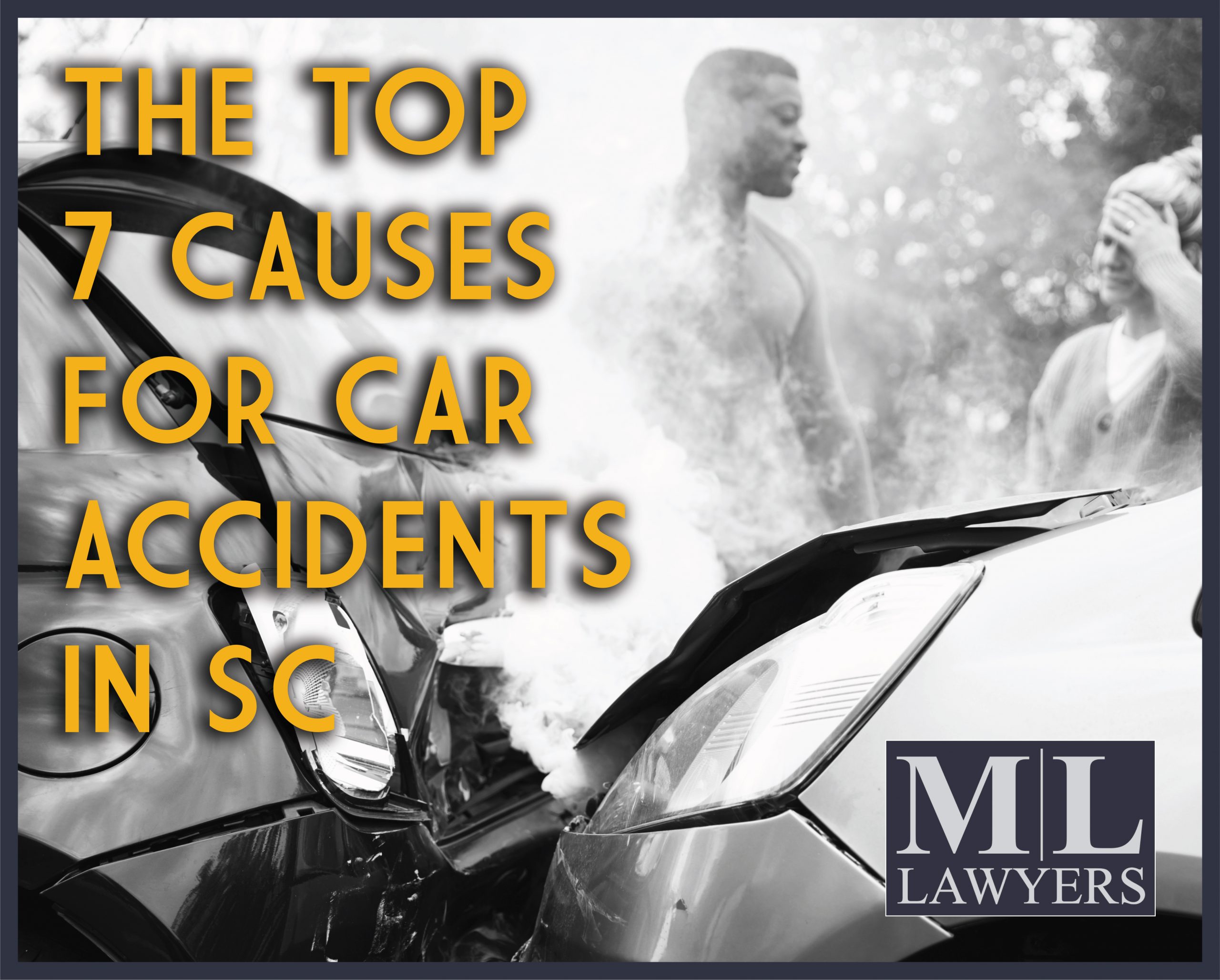 Tragically, car accidents happen everyday. They are not an uncommon occurrence and can have a huge, negative impact on your life. In just one year, the National Highway Traffic Safety Administration recorded 6.7 million crashes in the United States, resulting in 2.7 million injuries and 36,096 fatalities. In South Carolina alone, 979 people lost their lives in auto accidents during this same year and thousands of others were injured. Car accidents can happen for numerous reasons, but the one commonality tends to be driver negligence.  These are the top seven factors causing car accidents in South Carolina:

In 2018, nearly 300 deaths in South Carolina alone were attributed to drunk driving– accounting for just under 30 percent of all traffic deaths. While everyone knows how dangerous this can be, people still drive under the influence. According to backgroundchecks.org, the South is consistently regarded as the deadliest region for drunk driving with South Carolina at 8th on the list of states with the worst DUI problems.

From excessive speeding and road rage to sudden braking and lane changing, reckless driving often leads to car accidents that could have easily been avoided. Speeding-related crashes claimed the lives of over 300 individuals in just one year in South Carolina. Speeding-related accidents are also estimated to cost over $40 million each year.

Driver fatigue leads to delayed reflexes and inattention while driving. Falling asleep behind the wheel, understandably so, is extremely dangerous. One third of all drivers have admitted to falling asleep while driving at least once. According to the AAA Foundation, over 20 percent of fatal crashes stem from driver fatigue.

Following too closely behind the car in front of you, also known as tailgating, is considered a form of aggressive driving. Tailgating is a leading cause of rear-end collisions. This is the most common type of auto accident and often causes serious injuries. It is important to leave enough space–about 2 to 3 seconds–between you and the car you are trailing behind in case of sudden braking or change of direction. The suggested distance of 2 to 3 seconds may even be too close in certain conditions such as bad weather and heavy traffic.

According to the IIHS, the crash rate per mile for teen drivers is four times higher than for drivers over the age of 20. As young drivers have the least amount of experience on the road, this statistic is to be expected. In 2019, over 2000 teenage deaths were recorded from crash injuries. These types of injuries were found to be one of the leading causes of death for ages 13-19.

Failure to yield to the legal right-of-way can include aggressive lane changes, running a red light, or incomplete stops at intersections. Ignoring these South Carolina traffic laws are not only illegal but can be extremely dangerous. About 50 percent of these kinds of accidents result in injury.

If you or someone you know has been a victim of a car accident in Anderson, South Carolina, contact one of our personal injury lawyers as soon as possible.  Our car accident lawyers help clients receive the compensation they deserve.

Our Attorneys Kirk Moorhead and Steve LeFevre help clients in Anderson, SC and in the Upstate of SC.